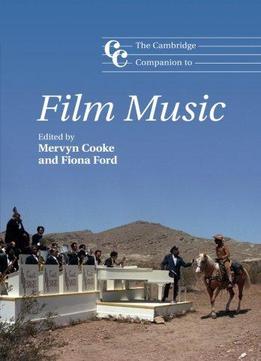 This wide-ranging and thought-provoking collection of specially-commissioned essays provides a uniquely comprehensive overview of the many and various ways in which music functions in film soundtracks. Citing examples from a variety of historical periods, genres and film industries - including those of the USA, UK, France, Italy, India and Japan - the book's contributors are all leading scholars and practitioners in the field. They engage, sometimes provocatively, with numerous stimulating aspects of the history, theory and practice of film music in a series of lively discussions which will appeal as much to newcomers to this fascinating subject as to seasoned film music aficionados. Innovative research and fresh interpretative perspectives are offered alongside practice-based accounts of the film composer's distinctive art, with examples cited from genres as contrasting as animation, the screen musical, film noir, Hollywood melodrama, the pop music and jazz film, documentary, period drama, horror, science fiction and the Western.