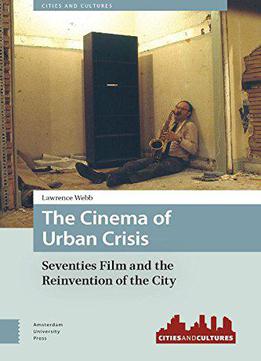 The Cinema Of Urban Crisis: Seventies Film And The Reinvention Of The City
by Lawrence Webb / 2015 / English / PDF

The Cinema of Urban Crisis explores the relationships between cinema and urban crises in the United States and Europe in the 1970s. Discussing films by Robert Altman, Stanley Kubrick, and Jean-Luc Godard, among others, Lawrence Webb reflects on processes of globalization and urban change that were beginning to transform cities like New York, London, and Berlin. Throughout, the 1970s are conceptualized as a historically distinctive period of crisis in capitalism, which reorganized urban landscapes and produced cultural innovation, technological change, and new configurations of power and resistance. Addressing themes of interest for film, cultural, and urban studies, this book is a compelling take on cinema from both sides of the Atlantic.