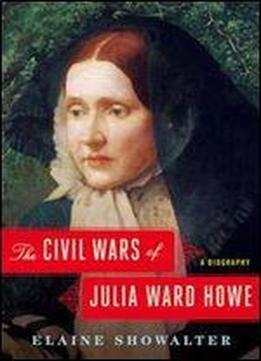 Unfailingly vividand fair-minded The Atlantic Riveting The New York Times Book Review A biography with the verve and pace of a delicious novela polemic and a pleasure. The Boston Globe The first biography to reveal Julia Ward Howethe author of The Battle Hymn of the Republicas a feminist pioneer who fought her own battle for creative freedom and independence. Julia Ward (18191910) was a heiress and aspiring poet when she married Dr. Samuel Gridley Howe, an internationally-acclaimed pioneer in the education of the blind. Together the Howes knew many of the key figures of their era, from Charles Dickens to John Brown. But he also wasted her inheritance, isolated and discouraged her, and opposed her literary ambitions. Julia persisted, and continued to publish poems and plays while raising six children. Authorship of the Battle Hymn of the Republic made her celebrated and revered. But Julia was also continuing to fight a civil war at home she became a pacifist, suffragist, and world traveler. She came into her own as a tireless campaigner for womens rights and social reform. Esteemed author Elaine Showalter tells the story of Howes determined self-creation and brings to life the society she inhabited and the obstacles she overcame. My nickname -