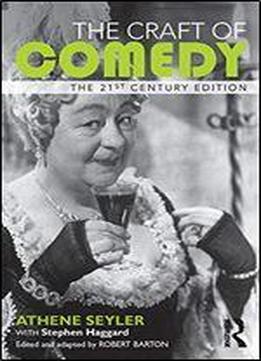 "a work on the art and craft of comedy as important in its own way as works by Stanislavski and Chekhov" Oxford Theatre Companion In 1939, a young, inexperienced actor wrote to a famous actress of his acquaintance, asking for advice on playing comedy. She responded enthusiastically, and they corresponded variously over the next year. The Craft of Comedy, a record of these exchanges, soon emerged as one of the few classic texts in the field of comedy acting. This major new edition takes a brilliant book and makes it better. Editor Robert Barton has devised extensive supplementary material, including: An introduction to the correspondents, the culture of the time, and the evolution of their book Summaries, definitions, and exercises and practice scenes for readers wishing to explore Athene Seylers invaluable advice Photographs, additional essays by Seyler, and a guide to easily accessed video clips of her performing. Seylers lucid guidance, and Bartons scrupulous editorship, ensure this legendary works rightful status is restored: as one of the great practical guides to the craft of comedy, and an essential resource for actors and students of acting.