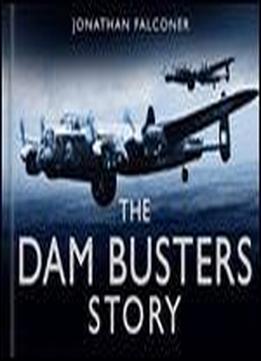 The raid on the great dams of western Germany by Lancaster bombers of 617 Squadron in May 1943 is one of the best known, most widely told stories of the Second World War. Led by Wing Commander Guy Gibson, each Lancaster in the nineteen-strong force was equipped with the revolutionary bouncing bomb designed by the inventor Barnes Wallis. Two of the three main dams were breached and the unleashed floodwaters inundated the Ruhr valley below, killing thousands and causing German industry to grind to a halt. In later years the strategic impact of the raid was deemed to be less than was thought at the time, but the fillip it gave to civilian and Service moral in wartime Britain was incalculable. "The Dam Busters Story" is a short but authoritative narrative account of the RAF's famous dam buster raid, supported by a superb selection of colour and black and white photographs. Jonathan Falconer's narrative covers the development of the bouncing bomb, the planning of the raid, its dramatic execution and aftermath. An appendix provides a definitive listing of all the Lancasters and crews that flew in the raid, and their fates.