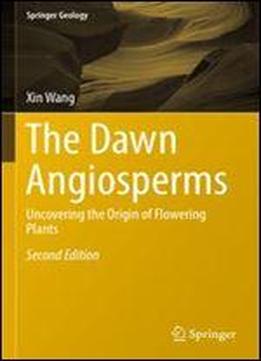 This book discusses the controversial and conflicting hypotheses on the origin of angiosperms, which was generally assumed to be restricted to the Cretaceous and later ages. Since publishing the first edition of The Dawn of Angiosperms in 2010, several important advances have been made in this field of science, namely 1) the discovery of new fossil angiosperms from the Jurassic 2) European researchers discovering angiosperm-like pollen from the Triassic and most importantly 3) the discovery of a perfect flower from the Jurassic. All of these findings are at odds with the currently widely accepted evolutionary theories, and thus call upon us to critically reassess botanical theory. Accordingly, the new edition of this book not only includes more new fossil taxa, but also documents them in greater detail and corrects many commonly held misconceptions. In so doing, it makes related studies and teaching on the early history of angiosperms more realistic, concrete, and tangible, providing concrete fossil evidence as the basis for future research, and helping to distinguish the most accurate botanical hypotheses.