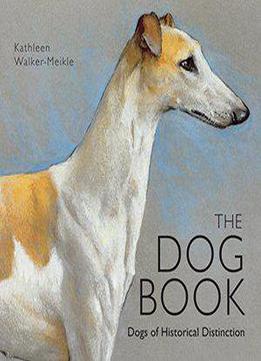 Excerpts: • Homer's Odysseus' ancient faithful dog Argos is the only one to recognize him when he returns from the Trojan War after twenty years. Now neglected and covered in fleas, Argos lay on a dung heap by the stables, but pricked up his ears at his master's approach, wagging his tail and dropping his ears. Odysseus saw Argos but is in disguise and cannot greet him, shedding a hidden tear for the loyal hound. • When French forces took the town of Niort during the Hundred Years War' in 1373, a famous writer of the time saw an old dog lying on the grave of its master, who had died in battle with the English. The dog refused to leave the grave and the Duke de Berry, who was greatly moved by such devotion, arranged for the dog to receive a pension of ten francs for life, which was delivered to a neighbor to feed the animal until it died. • In 1944 Franklin D. Roosevelt gave a speech in response to a Republican claim that he had sent a destroyer to pick up his dog Fala from the Aleutian Islands at great cost: "These Republican leaders have not been content with attacks on me, or my wife, or on my sons. No, not content with that, they now include my little dog, Fala. Well, of course, I don't resent attacks, and my family don't resent attacks, but Fala does resent them. You know, Fala is Scotch, and being a Scottie, as soon as he learned that the Republican fiction writers in Congress and out had concocted a story that I'd left him behind on an Aleutian island and had sent a destroyer back to find him–at a cost to the taxpayers of two or three, or eight or twenty million dollars – his Scotch soul was furious. He has not been the same dog since." • Chips was a German Shepherd-Collie-Husky mix who served with the Third Infantry Division during World War II. When Chips and his handler (Pvt John P. Rowell) were pinned down by a machine-gun nest, Chips stormed into the pillbox, grabbed one of the Italian soldiers and forced the other four to leave the pillbox, where they surrendered to U.S. troops. Later that day, he assisted in the capture of ten soldiers. He was awarded the Distinguished Service Cross, the Silver Star, and the Purple Heart. But these were later taken away as awards to animals were "contrary to Army policy." Nevertheless his own unit awarded him (unofficially) with a Theater Ribbon and eight campaign Battle stars.