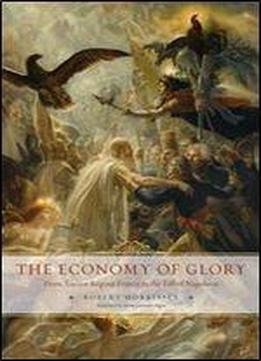 The Economy Of Glory: From Ancien Regime France To The Fall Of Napoleon
by Robert Morrissey / 2013 / English / PDF

From the outset of Napoleon's career, the charismatic Corsican was compared to mythic heroes of antiquity like Achilles, and even today he remains the apotheosis of French glory, a value deeply embedded in the country's history. From this angle, the Napoleonic era can be viewed as the final chapter in the battle of the Ancients and Moderns. In this book, Robert Morrissey presents a literary and cultural history of glory and its development in France and explores the economy of glory Napoleon sought to implement in an attempt to heal the divide between the Old Regime and the Revolution. Examining how Napoleon saw glory as a means of escaping the impasse of Revolutionary ideas of radical egalitarianism, Morrissey illustrates the challenge the leader faced in reconciling the antagonistic values of virtue and self-t, heroism and equality. He reveals that the economy of glory was both egalitarian, creating the possibility of an aristocracy based on merit rather than wealth, and traditional, being deeply embedded in the history of aristocratic chivalry and the monarchymaking it the heart of Napoleon's politics of fusion. Going beyond Napoleon, Morrissey considers how figures of French romanticism such as Chateaubriand, Balzac, and Hugo constantly reevaluated this legacy of glory and its consequences for modernity. Available for the first time in English, The Economy of Glory is a sophisticated and beautifully written addition to French history.