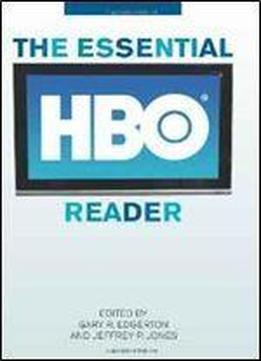 The founding of Home Box Office in the early 1970s was a harbinger of the innovations that transformed television as an industry and a technology in the decades that followed. HBO quickly became synonymous with subscription television and became the leading force in cable programming. Having interests in television, motion picture, and home video industries was crucial to its success. HBO diversified into original television and movie production, home video sales, and international distribution as these once-separate entertainment sectors began converging into a global entertainment industry in the mid-1980s. HBO has grown from a domestic movie channel to an international cable-and-satellite network with a presence in over seventy countries. It is now a full-service content provider with a distinctive brand of original programming and landmark shows such as The Sopranos and Sex and the City. The network is widely recognized for its award-winning, innovative and provocative programming, including dramatic series such as Six Feet Under and The Wire, miniseries such as Band of Brothers and Angels in America, comedies such as Curb Your Enthusiasm and Def Comedy Jam, sports shows such as Inside the NFL and Real Sports with Bryant Gumbel, documentary series such as Taxi Cab Confessions and Autopsy, and six Oscar-winning documentaries between 1999 and 2004. In The Essential HBO Reader, editors Gary R. Edgerton and Jeffrey P. Jones bring together an accomplished group of scholars to explain how HBO's programming transformed the world of cable television and how the network continues to shape popular culture and the television industry. Now, after more than three and a half decades, HBO has won acclaim in four distinct programming areas drama, comedy, sports, and documentaries emerging as TV's gold standard for its breakout series and specials. The Essential HBO Reader provides a comprehensive and compelling examination of HBO's development into the prototypical entertainment corporation of the twenty-first century.