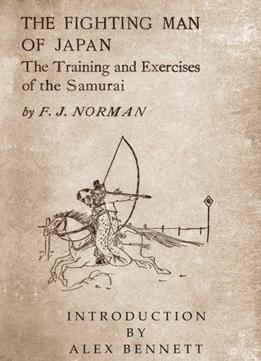 Serving as an instructor at the elite Japanese Naval Academy in Etajima in the late 1800s, Francis James Norman was one of the first Westerners to take up the study of the two “noble sciences” of kenjutsu and jujutsu. With sections on kenjutsu, Japanese military history and education, sumo, and jujutsu, his book, originally published in 1905, provides a fascinating insight into the Japanese martial arts and society around the turn of the twentieth century. After publishing this book, however, he mysteriously disappears from sight. Apart from a brief mention in The Times of his participation in a jujutsu and kenjutsu demonstration in London, nothing was known of his fate until Dr. Alex Bennett uncovered the facts behind the remainder of his life after residing in Japan. This republication of F.J. Norman’s book is meant to serve as a celebration of the man’s intrepidness, and demonstrate how far ahead of his times he really was.