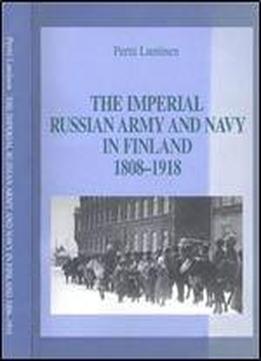 Extensive look at the limited resource Imperial Russia was able to allocate to the defense of St. Petersburg from Sweden/Britain/Germany using Finland as a bulwark. Complications from geography, non-Russian population, Finland's semiautonomous status. The various attempts to form Finnish armed forces - and why Russia was both inclined and disinclined to do so. Using Russian, German, and Finnish archives, the author goes in depth into the political and military calculus of defending what was then Russia's Duchy of Finland. Especially detailed is the information on troop units, strengths, and dislocations, particularly during World War I.