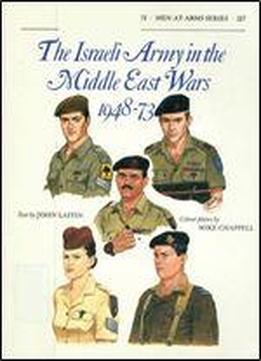 Israel assumes in advance that defeat in war means an end to the Jewish nation, and it wages war accordingly. This fact influences the Israeli approach to its army and to the strategy, tactics, training and conduct of war. Surrounded by hostile nations, Israel has fought six victorious wars between 1948 and 1973. For a force which began as an irregular, impoverished and improvised group, this is a formidable record. Backed by plenty of photographs and eight full page colour plates, this fine text examines the six wars fought between 1948–73, including the extraordinary Israeli victory of 1967.