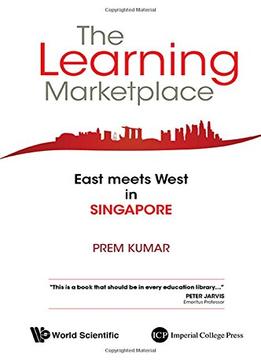 In Asia, we are witnessing an era where the pendulum of power seems to be swaying towards the East with the rising strength of China and India and Singapore is at the 'crossroads' between these populous nations. Although Singapore may appear to be the most westernized country in Asia, she is nevertheless a multi-cultural Asian society. Having the most open economy in the world, Singapore is plugged into the global marketplace of education and learning. The development of human capital is used as a strategic economic driver to internationalize and transform education for sustainable competitive advantage. Singapore's education system, regarded as one of the consistently best performing in the world, offers a unique opportunity to explore issues where eastern and western culture, values, beliefs, learning and knowledge systems converge, clash, and at times diverge. This book is meant to extend our knowledge on the role of 'learning', often overlooked and taken for granted as the air that we breathe but which constantly transforms our lives and reshapes societies. It is the first book that deals with the dichotomy of 'east' and 'west' going beyond the traditional learning and education framework to other areas such as economic, socio-cultural, political, and technological dimensions that impact Singapore. It puts together key topical issues and explores the underbelly of how a small 'resourceless' independent city-state like Singapore stays ahead of the learning curve, even while facing increasingly intense global competition where the discovery and emergence of new systems for empowerment and independence and the resulting creation of new knowledge and modes of communication are challenging traditional boundaries between the virtual and real world. Readership: Universities, business schools and public and private institutions conducting executive programs, libraries, private and public sector organisations, individuals, consultants, researchers, HRD/HRM directors/managers, teachers, policy-makers, etc.