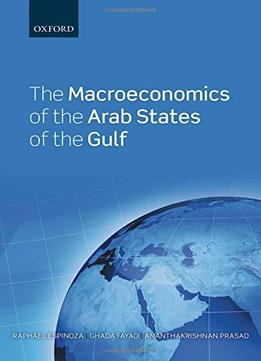 The Macroeconomics Of The Arab States Of The Gulf
by Raphael A. Espinoza / 2013 / English / PDF

The economies of the Arab states of the Gulf have gone through considerable changes in the last decade, spurred by high oil prices and ambitious diversification plans. Large-scale immigration provided the labour force while capital inflows and financial development leveraged oil wealth to finance diversification. The collapse in real estate prices around the world followed by the global crisis slowed growth and raised questions on the appropriateness of what has been dubbed the 'GCC model'. The Gulf Cooperation Council (GCC) countries have thus far managed to leverage their large natural resource wealth to achieve economic prosperity and finance social advances, and the region also emerged as an important source of funds for the other countries in the Middle East. Nevertheless, the GCC face several challenges. Productivity growth must increase to fully reap the benefits of investment. Jobs must be created for the nationals and the growing youth population. State intervention (which is prevalent, given that oil revenues accrue to the government) must become efficient and be used to diversify and modernize the economy. In addition, the recent crisis highlighted the importance of fiscal, monetary, and financial stability policies to manage macroeconomic cycles. This book analyses these issues and combines data and econometric analysis with theoretical discussions. It concludes with a discussion of the importance of the GCC for the wider region.