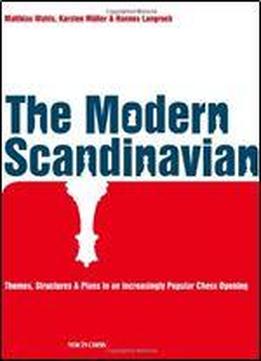 The Scandinavian Defense is increasingly popular with club and internet players. It is easy to learn because there is relatively little theory and once White has played 1.e4 he cannot avoid Black uncorking the Scandinavian. This book is the long-awaited translation of a German bestseller considered by many to be the best book ever on the Scandinavian. It does not concentrate on theoretical lines but on the structural ideas that govern this opening. Basic strategic themes, how pawn structures dictate plans of attacks, which tactical motifs you can expect in certain typical positions, that is what this book is about. You will learn how to outplay your opponent with solid and relatively easy-to-learn moves.