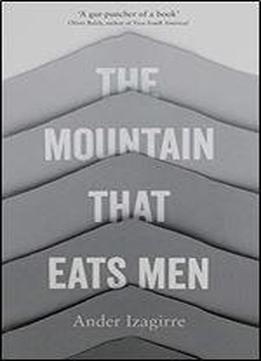 The Mountain That Eats Men
by Ander Izagirre / 2019 / English / PDF

From the 16th century, the mines of Potos, perched high in the Andes, bankrolled the Spanish empire. During those years immense wealth allowed the city to grow larger than London at the time and the mountain was quickly given the epithet Cerro Rico - the 'rich mountain'. But today, Potos's inhabitants are some of the poorest in South America while the mountain itself has been so greedily plundered that its summit is on the verge of collapsing. So many people have died in the mines that the Cerro Rico is now called the 'mountain that eats men'. In this captivating, moving tale of harrowing bravery and wistful beauty Ander Izagirre tells the story of the mountain and those who risk their lives in its shadow through the eyes of Alicia - a 14-year-old girl working in the dark, dangerous mines to support her family. Through her eyes we can come to know the story of postcolonial Bolivia.