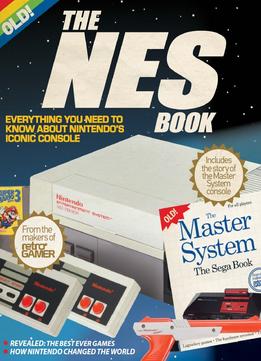 The Nintendo Entertainment System was a remarkable success for Nintendo. Redesigned for the Western market – it was known in Japan as the Famicom – it arrived following the great videogame crash and helped to reignite interest in the console market. It wasn’t quite as successful in Europe, but in Japan and America it reigned supreme, and eventually went on to sell over 60 million units - not bad for a machine that many wrote off as a toy when it was fi rst released. Many huge franchises like Metroid, The Legend Of Zelda and Mega Man started off on the NES and it helped turn Nintendo into a huge force in the console market. Indeed, for a long time it was Nintendo’s most successful home console, being only eclipsed by the staggering success of the Wii. It remains greatly loved by many gamers and developers and we wanted to put together a book that refl ected that love. With that in mind, we’ve personally selected the greatest NES content to ever appear in the book and have even added a few new articles to ensure as complete a book as possible. We hope you enjoy reading it as much as we enjoyed creating it.