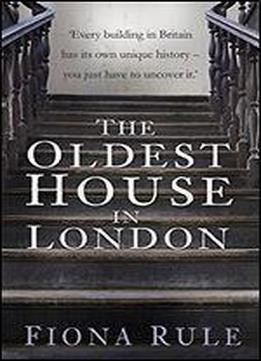 The Oldest House In London: London Through The Eyes Of Its Oldest House
by Fiona Rule / 2017 / English / EPUB

LONDON's old buildings hold a wealth of clues to the city's rich and vibrant past. The histories of some, such as the Tower of London and Westminster Abbey, are well documented. However, these magnificent, world-renowned attractions are not the only places with fascinating tales to tell. Down a narrow, medieval lane on the outskirts of Smithfield stands 41-42 Cloth Fair - the oldest house in the City of London. Fiona Rule uncovers the fascinating survival story of this extraordinary property and the people who owned it and lived in it, set against the backdrop of an ever-changing city that has prevailed over war, disease, fire and economic crises.