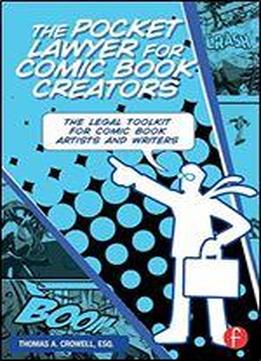 "Since the publication of its first edition in 2007, "The Pocket Lawyer for Filmmakers" has quickly become one of the best-selling legal guides for independent filmmakers. Now in its second edition, "The Pocket Lawyer for Filmmakers" is used as a textbook in film and law schools across the country, and graces the desks of indie filmmakers and studio executives alike. Backstage Magazine calls it "An [an] excellent, potentially career-saving resource." The book's hands-on, straightforward style demystifies the complex world of contracts and copyrights so critical to the business success of any independent film. Its revolutionary combination of graphics, cross-referencing, and step-by-step explanations have been praised by filmmakers for helping them find the information they need at a glance without having to read the book cover to cover"