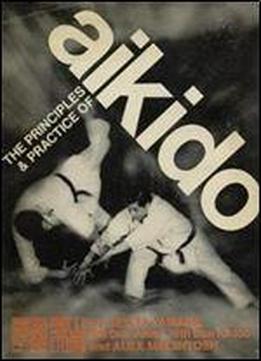 PREFACE I am very pleased that Mr. Yamada has prepared this guide to aikido. He is one of my original pupils and has studied aikido deeply. He is a highly respected instructor and holds the rank of Sixth Dan for both aikido and judo. It is generally thought that aikido is difficult to understand and that progress in the art is not at all easy because of the great number of complicated techniques employed in the repertoire. This was true in the past because an essentially practical system of teaching had not been formulated. There was also, perhaps, an undue emphasis on the mental aspect of aikido. Considering these things I eventually organized what has come to be known as Tomiki Aikido, a system of scientifically planned techniques which can be learned easily and practiced both in kata (exercise forms) and in randori (free play) and which will enable the student to make steady progress and regular improvement. It is this system of Tomiki Aikido which is explained and demonstrated here. Mr. Yamada understands my methods thoroughly and is able to teach them well. It is therefore with pleasure that I recommend this book to the many people who are interested in the study of aikido. Kenji Tomiki, Eighth Dan Aikido, Eighth Dan Judo.