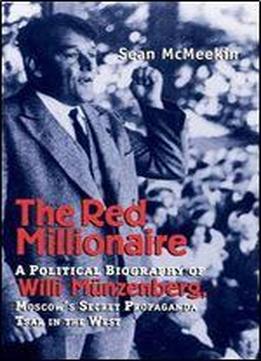 "Drawing extensively on recently opened Moscow archives, McMeekin chronicles Munzenberg's political career throughout the 1920s and 1930s. He describes how Munzenberg parlayed his friendship with Lenin into a media empire, leveraging his corporate ventures against the currency of his reputation in the Kremlin. He explains how Munzenberg's mysterious financial manipulations outraged Social Democrats and lent rhetorical ammunition to the Nazis and how, by the last years of the Weimar Republic, Munzenberg and his Nazi counterpart Joseph Goebbels were firing off reckless propaganda salvos, feeding a destructive spiral of lies that poisoned the political atmosphere irrevocably.".