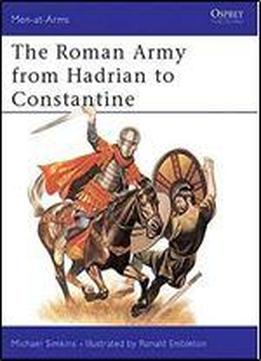 The year of 122 was the first time a Roman Emperor had set foot in the Province of Britannia since the invasion in AD 43. No doubt he had read many reports concerning the damage caused by marauding tribesmen crossing from what is now Scotland into the Province. Hadrian, therefore, decided - in the words of his biographer - 'to build a wall to separate the Romans from the Barbarians'. This engaging work from author Michael Simkins explores in depth the organisation, equipment, weapons and armour of the Roman Army from Hadrian to Constantine, one of the most exciting periods in Roman history.