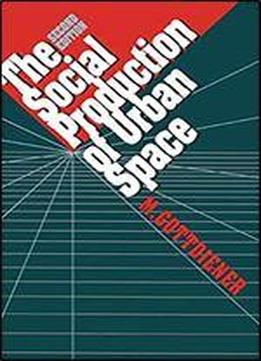 From reviews of the first edition: "This is perhaps the best theoretically oriented book by a United States urban sociologist since the work of Firey, Hawley, and Sjoberg in the 1940s and 1950s.... Gottdiener is on the cutting edge of urban theoretical work today." —Joe R. Feagin, Contemporary Sociology Since its first publication in 1985, The Social Production of Urban Space has become a landmark work in urban studies. In this second edition, M. Gottdiener assesses important new theoretical models of urban space—and their shortcomings—including the global perspective, the flexible accumulation school, postmodernism, the new international division of labor, and the "growth machine" perspective. Going beyond the limitations of these and older theories, Gottdiener proposes a model of urban growth that accounts for the deconcentration away from the central city that began in the United States in the 1920s and continues today. Sociologists, political scientists, economists, geographers, and urban planners will find his interdisciplinary approach to urban science invaluable, as it is currently the most comprehensive treatment of European and American work in these related fields.