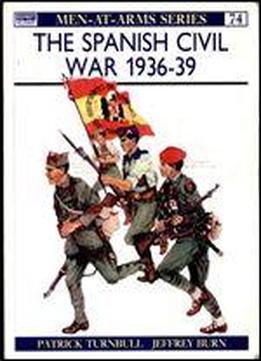 By the spring of 1936 an armed clash was imminent between the forces of Spain's extreme Left and extreme Right. Viewed largely as a confrontation between democracy and fascism, the resulting civil war proved to be of enormous international significance. Nazi Germany and Fascist Italy intervened to assist General Franco, while the Soviet Union came to the aid of the Republican forces. This book explains the background to the war and charts the course of the nearly three-year long conflict through to General Franco's victory. Photographs and colour plates illustrate the uniforms and equipment of the Republican and Nationalist armies.