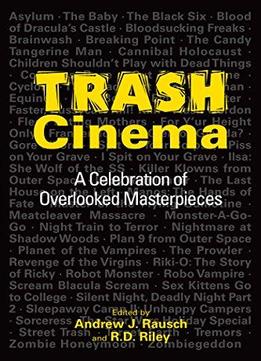 It is frequently said that one man’s trash is another man’s treasure, and nowhere is this statement more accurate than in the case of obscure bizarro exploitation films. Containing 55 essays on such trash classics as Ilsa: She Wolf of the SS (1975), I Spit on Your Grave (1978), and Faster, Pussycat! Kill! Kill! (1965), Trash CInema: A Celebration of Overlooked Masterpieces celebrates the good, the bad, and the ugly of these so-called “trash” films. Some of the pieces are reverential, some poke fun at the absurdity of the films, and others offer a more critical eye to these proceedings. With essays from more than 40 noted film writers, this collection is a one-of-a-kind treasure for those amongst us with a passion for the seedier side of cinema.