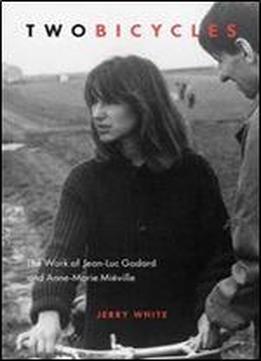 Jean-Luc Godard and Anne-Marie Miville are among the most important postwar filmmakers they have worked across forms, across media, and across countries. This book, the first to be devoted specifically to the work they did together, examines the way they expanded the possibilities of cinema by using cutting-edge video equipment in a constant search for a new kind of filmmaking. Two Bicycles examines all of the films, videos, and television works that the two did together, and moves slowly across France and Switzerland, with detours in Quebec, Mozambique, and Palestine. Their amazingly varied body of work includes a twelve-hour television series, some experimental videos, an acclaimed feature film with Isabelle Huppert, a cigarette commercial, and much else. Overall the book shows the degree to which this work departs radically from the legacy of the French New Wave, and in many ways shows signs of having been formed by the distinct culture of Switzerland, to which Godard and Miville returned in the 1970s to set up their atelier, Sonimage. Two Bicycles offers a chance to explore a body of work that is as unique and demanding as it is rich and revelatory. Godard and Miville have worked together for four decades but have never seemed more relevant.