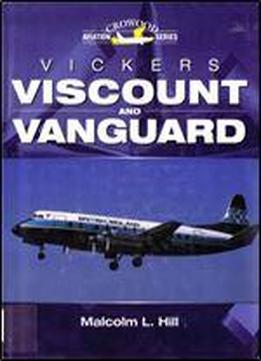 Built in response to the famous Brabazon Committee's requirements for an aircraft to replace the Douglas DC-3 on European and Empire routes, the Viscount became the world's first turboprop-powered airliner, and the most successful British airliner of all. Operated initially by BEA, the Viscount soon became a favorite of passengers, pilots and aircraft enthusiasts alike. Its heyday was brief, as the advent of the jet airliner soon relegated it to second-line service, in which it remains - just- to this day. This book presents the complete design, development and operational history of the Viscount and its bigger sibling, the Vanguard.