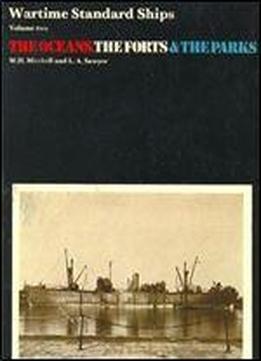 Between the two world wars, shipbuilding as a whole was a dormant factor in the Canadian economy and in September 1939, Canada's merchant navy consisted of less than 400 ships of 500 gross tons and over, totalling about 1,100,000 gross tons. Of this total some 260 ships of 700,000 tons were operating in the Great Lakes and St. Lawrence area, sixty coasters of 150,000 tons sailed in the coastal routes, and only 40 ships of about 250,000 gross tons could be classified as ocean-going vessels. In this year also, Canada's shipbuilding facilities were at a low ebb for only about 2,000 skilled men, shared between about ten shipyards, were immediately available and they were put to work on naval construction, the hastily organised War Supply Board controlling, among other things, the building of ships. This arrangement lasted until 1940 when the board was superseded by the Department of Munitions and Supply. In the autumn of 1940 the British Merchant Shipbuilding Mission arrived in North America and following a tour of a number of shipbuilding and engineering works, involving travel of many thousands of miles, orders were placed and contracts signed for sixty 10,000-ton deadweight dry cargo ships to be built in two United States' yards and for twenty ships in Canadian yards. This latter order was shortly afterwards increased to 26 ships, shared between Burrard Dry Dock Co., Ltd. of Vancouver, Davie Ship­building & Repairing Co., Ltd., of Lauzon, Quebec and Canadian Vickers, Montreal. This latter company also received orders for propelling machinery and boilers, whilst other orders for engines were placed with Dominion Engineering Workshops, Montreal, and further boilers ordered from Dominion Bridge Company, Vancouver. At the same time the Canadian Government also placed orders for merchant hulls. The first keel was laid down in April 1941 and this was the start of the mammoth task done by Canadian shipbuilders during the war involving, not only the construction of some 450 merchant vessels but also some 300 naval ships. Also in April 1941 a Government corporation known as Wartime Merchant Shipping Ltd., was formed to supervise, co-ordinate, expand and expedite construction of merchant ships. The burden was enormous. Shipyards were built, extended, or had their capacity increased for building the 10,000-tonncrs, but where yards were too small, the 4,700 tdw. ship was laid down and these two types dominated the Canadian merchant shipbuilding programme during the war years.