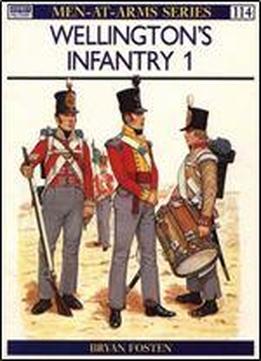 The infantry was Wellington's favoured tool, and he played a major role in raising its standards of excellence. He used it carefully, on ground which he selected to give it maximum advantage and protection and he came to understand its capabilities and weaknesses exactly. In this worthy addition to Opsrey's Men-at-Arms series, Bryan Fosten examines all aspects of Wellington's infantry, including army life, organisation, uniforms, drill, regimental distinctions, weapons and equipment, in an engaging text well-illustrated throughout including eight full page colour plates by the author himself.