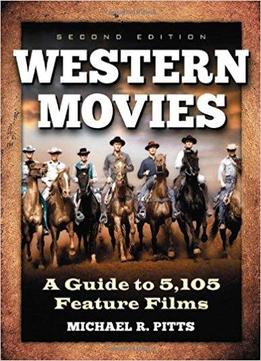 This revised and greatly expanded edition of a well-established reference book presents 5105 feature length (four reels or more) Western films, from the early silent era to the present. More than 900 new entries are in this edition. Each entry has film title, release company and year, running time, color indication, cast listing, plot synopsis, and a brief critical review and other details. Not only are Hollywood productions included, but the volume also looks at Westerns made abroad as well as frontier epics, north woods adventures and nature related productions. Many of the films combine genres, such as horror and science fiction Westerns. The volume includes a list of cowboys and their horses and a screen names cross reference. There are more than 100 photographs.