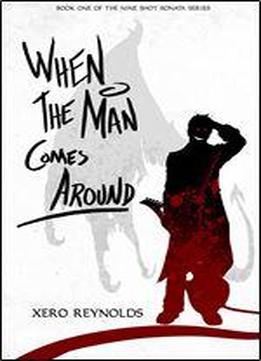 When The Man Comes Around: Book 1 Of The Nine Shot Sonata Series
by Xero Reynolds / 2019 / English / PDF

Mal really enjoys the nightlife in Houston. He’s a Demon, after all. Try not to hold that against him. It’s a real pity for Mal though, as an old friend, a dogged police investigation, and even Death himself pop in to completely upend his happy lifestyle. The week that follows will prove to be a clash of Heaven, Hell, and Heavy Metal as the city of Houston begins groaning under the weight of something terrible approaching, and Mal is given only two options: Fix the problem, or have his last trip to Earth cut fatally short.