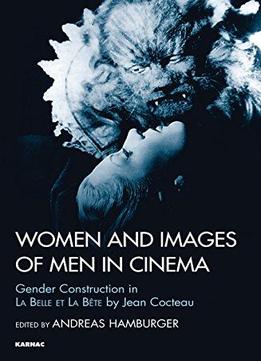 Women and men in cinema are imaginary constructs created by filmmakers and their audiences. The film-psychoanalytic approach reveals how movies subliminally influence unconscious reception. On the other hand, the movie is embedded in a cultural tradition: Jean Cocteau's film La Belle et la Bête (1946) takes up the classic motif of the animal groom from Apuleius’ Cupido and Psyche (originally a tale about the stunning momentum of genuine female desire), liberates it from its baroque educational moral (a girl's virtue and prudence will help her to overcome her sexual fears), and turns it into a boyhood story: inside the ugly rascal there is a good, but relatively boring prince – at least in comparison to the monsters of film history.

Introducing the monster as a suffering person, Cocteau’s film reacts to the disturbing experience of World War II and the Holocaust. It questions hegemonial masculinity, designing a poetic, hallucinatory attempt at healing for a traumatized generation. Moreover, it addresses female and male adolescent development. Its deliberately incredible finale ironically portrays traditional constructs of femininity and masculinity, thus going beyond the scope of a compensatory fairy tale.