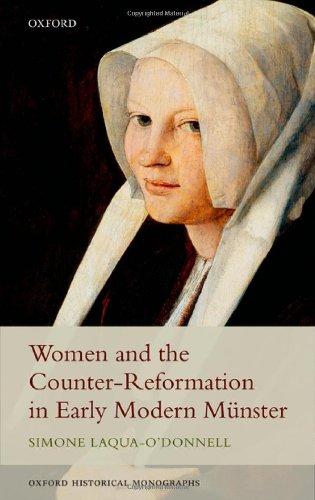 Women and the Counter-Reformation in Early Modern Münster examines how women from different social backgrounds encountered the Counter-Reformation. The focus is on Münster, a city in the north of Germany, which was exposed to powerful Protestant influences which culminated in the notorious Anabaptist kingdom of 1534. After the defeat of the radical Protestants, the city was returned to Catholicism and a stringent programme of reform was enforced. By examining concubinage, piety, marriage, deviance, and convent reform, core issues of the Counter-Reformation's quest for renewal, this fascinating study shows how women participated in the social and religious changes of the time, and how their lives were shaped by the Counter-Reformation. Employing research into the political, religious, and social institutions, and using an impressive variety of sources, Simone Laqua-O'Donnell engages with the way women experienced the new religiosity, morality, and discipline that was introduced to the city of Münster during this turbulent time.