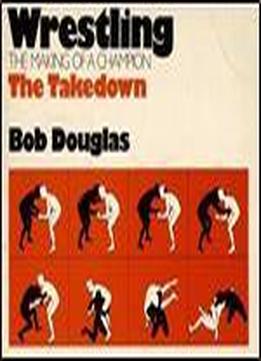 Wrestling - The Making Of A Champion: The Takedown
by Bob Douglas / 1979 / English / PDF

In 'Wrestling-The Making of a Champion' Bob Douglas presents a move-by-move guide to wrestling's most crucial maneuver-The Takedown. Douglas includes over 1,000 action sequence photographs that contrast a black wrestler w/a white wrestler against a measured horizontal and vertical grid. These photographs demonstrate clearly the relative position of the wrestler during each move, enabling the novice and expert alike to learn the technique of champions. Douglas shows that the key to successful wrestling is a working knowledge of all the components of the takedown -the set-up, the penetration, and finally the second move. Through illustrations that are remarkable for their clarity and through Bob's easy-to-follow instructions, the wrestler can learn several set-ups for each takedown and several second moves from each set-up, thus gaining the flexibility to become a champion. CONTENTS: Foreword by Harold Nichols * Instruction * Stance * Penetration * the Tie-up * Double Leg Tackle * Fireman's Carry * Duck-Under * Single Leg Tackle * Near Arm & Opposite Leg Takedown * Arm Drag * Foot Kicks * Head Snap * The Shuck * High Crotch Takedown * Ankle Pick-ups * Headlock * Head and Arm Control * Breakdown from Behind.