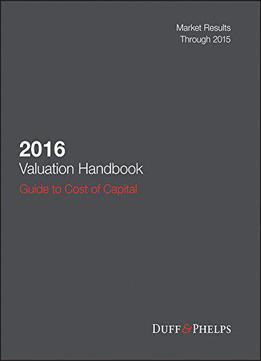 provides the key annual valuation data previously published in (i) the now discontinued Morningstar/Ibbotson (discontinued in 2013), and (ii) the Duff & Phelps (no longer published as a stand-alone publication). The size premia data previously published in the is referred to as the "CRSP Deciles Size Premia" exhibits in the new , while the size and risk premia data published in the Duff & Phelps has been published annually since 1996 and, like the former , provides data and methodology that can be used to develop cost of equity capital estimates using (i) the build-up method and (ii) the capital asset pricing model (CAPM). The includes data through December 31, 2015, and is intended to be used for 2016 valuation dates. Also Available