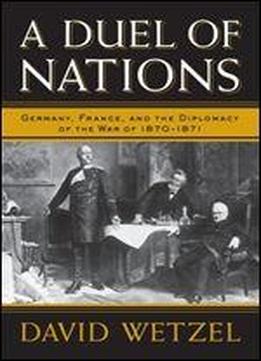 On July 19, 1870, Emperor Napoleon III of France declared war against the Prussia of King William I and Prime Minister Otto von Bismarck. A Duel of Nations dramatically depicts the world in which that war took place. In this, the first book in English to study in totality the diplomatic history of the Franco-Prussian War, David Wetzel draws extensively on private and official records, journalistic accounts, cabinet minutes, and public statements by key players to produce a book that is unmatched in the range and clarity of its analysis, its forceful characterizations, and its vivid language.