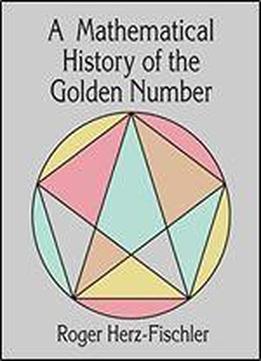 The first complete, in-depth study of the origins of division in extreme and mean ratio (DEMR)-"the Golden Number"-this text charts every aspect of this important mathematical concept's historic development, from its first unequivocal appearance in Euclid's Elements through the 18th century. Readers will find a detailed analysis of the role of DEMR in the Elements and of its historical implications. This is followed by a discussion of other mathematical topics and of proposals by modern commentators concerning the relationship of these concepts to DEMR. Following chapters discuss the Pythagoreans, examples of the pentagram before 400 H.C., and the writings of pre-Euclidean mathematicians. The author then presents his own controversial views on the genesis, early development and chronology of DEMR. The second half of the book traces DEMR's post-Euclidean development through the later Greek period, the Arabic world, India, and into Europe. The coherent but rigorous presentation places mathematicians' work within the context of their time and dearly explains the historical transmission of their results. Numerous figures help clarify the discussions, a helpful guide explains abbreviations and symbols, and a detailed appendix defines terminology for DEMR through the ages. This work will be of interest not only to mathematicians but also to classicists, archaeologists, historians of science and anyone interested in the transmission of mathematical ideas. Preface to the Dover Edition. Foreword. A Guide for Readers. Introduction. Appendixes. Corrections and Additions. Bibliography.