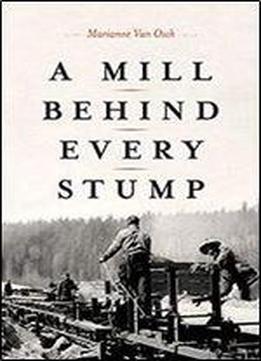 The story of one family's settlement in the Cariboo and the culture of early sawmills that developed around them. In 1922, the Judson family arrived in the Cariboo by covered wagon. The stories of their life on the remote homestead at Ruth Lake is told through this humorous and heartwarming book by local historian and author Marianne Van Osch, as recounted to her by the Judsons' son, Louis, who still lives in the region. Louis tells of working at a gold mine in Bralorne at a young age, riding the rails, losing his foot in a milling accident, and witching for gold and water. But most of all, he tells the story of early sawmills in Cariboo forests, in an era before chainsaws and skidders, how they flourished and how they declined, and the men who worked so hard on them, often at great personal cost.