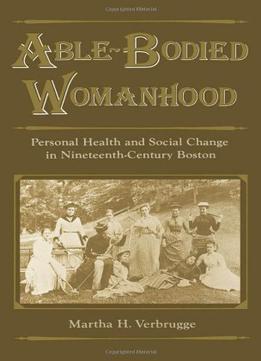 As urban life and women's roles changed in the 19th century, so did attitudes towards physical health and womanhood. In this case study of health reform in Boston between 1830 and 1900, Martha H. Verbrugge examines three institutions that popularized physiology and exercise among middle-class women: The Ladies' Physiological Institute, Wellesley College, and the Boston Normal School of Gymnastics. Against the backdrop of a national debate about female duties and well-being, this book follows middle-class women as they learned about health and explored the relationship between fitness and femininity. Combining medical and social history, Verbrugge looks at the ordinary women who participated in health reform and analyzes the conflicting messages–both feminist and conservative–projected by the concept of "able-bodied womanhood."