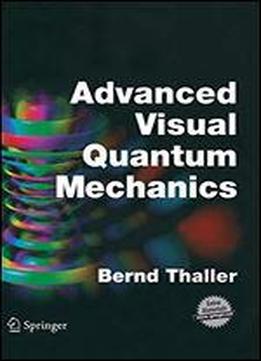 Visual Quantum Mechanics is a systematic effort to investigate and to teach quantum mechanics with the aid of computer-generated animations. Although it is self-contained, this book is part of a two-volume set on Visual Quantum Mechanics. The first book appeared in 2000, and earned the European Academic Software Award in 2001 for oustanding innovation in its field. While topics in book one mainly concerned quantum mechanics in one- and two-dimensions, book two sets out to present three-dimensional systems, the hydrogen atom, particles with spin, and relativistic particles. Together the two volumes constitute a complete course in quantum mechanics that places an emphasis on ideas and concepts, with a fair to moderate amount of mathematical rigor.