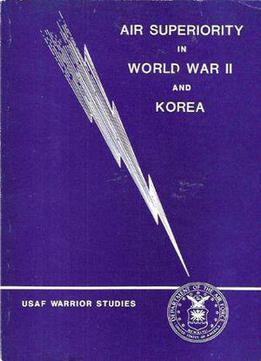 Air Superiority in World War II and Korea is a historical study from the Office of Air Force History. The Historical Program chose air superiority because it is a crucial first element in all air operations and because it seemed to be neglected by a military establishment that so quickly dominated enemy air forces in the last two wars. There is a need to know more about air superiority: what it means, when it is necessary, and how it can be achieved operationally when the airspace is contested. The careers of each of the participants in this book reveal a long association with air superiority – the theories and operations.