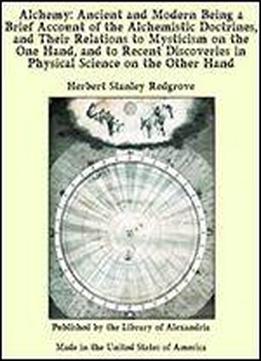 It is exceedingly gratifying to me that a second edition of this book should be called for. But still more welcome is the change in the attitude of the educated world towards the old-time alchemists and their theories which has taken place during the past few years. The theory of the origin of Alchemy put forward in Chapter I has led to considerable discussion but whilst this theory has met with general acceptance, some of its earlier critics took it as implying far more than is actually the case. As a result of further research my conviction of its truth has become more fully confirmed, and in my recent work entitled Bygone Beliefs (Rider, 1920), under the title of “The Quest of the Philosopher’s Stone,” I have found it possible to adduce further evidence in this connection. At the same time, whilst I became increasingly convinced that the main alchemistic hypotheses were drawn from the domain of mystical theology and applied to physics and chemistry by way of analogy, it also became evident to me that the crude physiology of bygone ages and remnants of the old phallic faith formed a further and subsidiary source of alchemistic theory. I have barely, if at all, touched on this matter in the present work the reader who is interested will find it dealt with in some detail in “The Phallic Element in Alchemical Doctrine” in my Bygone Beliefs.