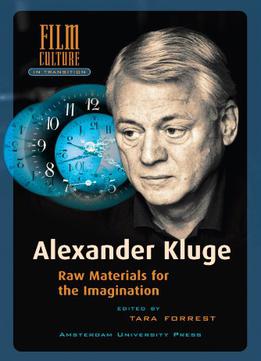 Alexander Kluge is best known as a founding member of the New German Cinema. His work, however, spans a diverse range of fields and, over the last fifty years, he has been active as a filmmaker, writer and television producer. This book - the first of its kind in English - comprises a wide selection of texts, including articles and stories by Kluge, television transcripts, critical essays by renowned international scholars, and interviews with Kluge himself. It will be a valuable resource for students and scholars in the fields of film, television, and literary studies, as well as those interested in exploring the intersections between art, politics, and social change.