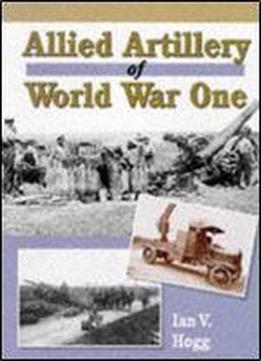 The first World War was a war like no other. What was intended to be a quick campaign developed into almost four years of trench warfare. On these trench-scarred battlefields of Europe, artillery was the main weapon used to pound enemy defenses prior to any advance. Millions of shells were fired by thousands of guns during "The War to End All Wars", and these guns are described by the author. Each major type from the main participants in the war is covered in detail.