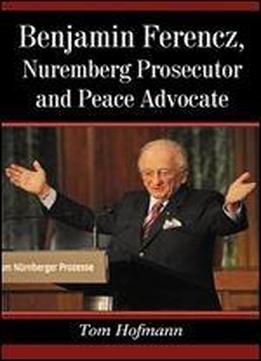 At the conclusion of World War II, war crimes tribunals were carried out at Nuremberg, Germany. Justice was meted out for major war criminals, and Benjamin Ferencz was chief prosecutor for what the Associated Press said was the largest murder trial in history. This biography of the last living Nuremberg prosecutor traces his life from early childhood growing up as an immigrant in Hell's Kitchen in New York City, to Harvard Law School, to the U.S. Army and Patton's Judge Advocate War Crimes Investigation Section, to the Nuremberg Tribunals and beyond. His life has been spent working toward the goal of world peace through law, not war, including the successful formation of the International Criminal Court, in which Ferencz played a key role.