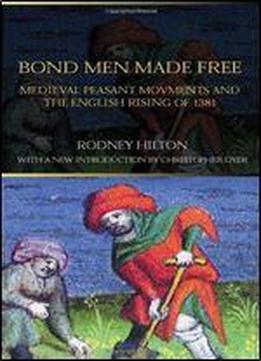 Rodney Hilton's account of the Peasant's Revolt of 1381 remains the classic authoritative text on the 'English Rising'. Hilton views the revolt in the context of a general European pattern of class conflict. He demonstrates that the peasant movements that disturbed the Middle Ages were not mere unrelated outbreaks of violence but had their roots in common economic and political conditions and in a recurring conflict of interest between peasants and landowners. Now with a new introduction by Christopher Dyer, this survey remains the leading source for students of medieval English peasantry.