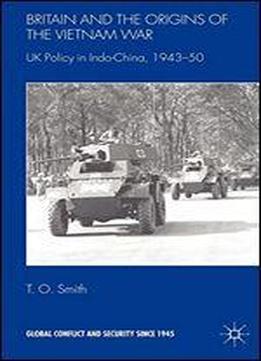 British foreign policy towards Vietnam illustrates the evolution of Britain's position within world geopolitics 1943-1950. It reflects the change of the Anglo-US relationship from equaltiy to dependence, and demonstrates Britain's changing association with its colonies and with the other European imperial spheres within southeast Asia. This book shows that Britain pursued a more involved policy towards Vietnam than has previously been stated, and clarifies Britain's role in the origins of the Vietnam War and the nature of subsequent US involvement.