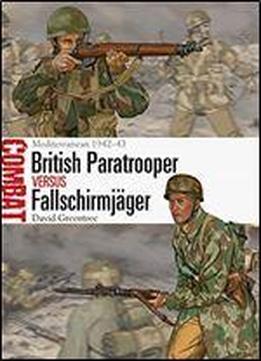 The airborne forces of Britain and Germany were among their best troops of World War II and when they met in battle the result was a brutal trial of strength. British paratroopers and German Fallschirmjager clashed repeatedly and their training, tactics, experience, morale and weaponry were tested against each other, not least in the three bruising encounters outlined here, in Tunisia and Sicily. From the British attempts to seize the airfields at Depienne and Oudna to the bloody night battle for Green Hill and the bitter struggle for Primosole Bridge in Sicily, these highly trained parachute troops clashed with their opposite numbers, gaining experience, refining tactics and learning valuable lessons.