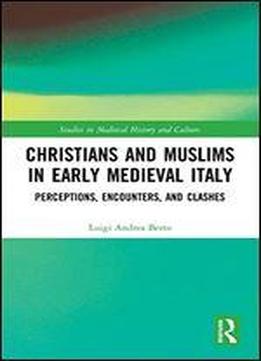 In the early Middle Ages, Italy became the target of Muslim expansionist campaigns. The Muslims conquered Sicily, ruling there for more than two centuries, and conducted many raids against the Italian Peninsula. During this period, however, Christians and Muslims were not always at war - trade flourished, and travel to the territories of the 'other' was not uncommon. By examining how Muslims and Christians perceived each other and how they communicated, this book brings the relationship between Muslims and Christians in early medieval Italy into clearer focus, showing that the followers of the Cross and those of the Crescent were in reality not as ignorant of one another as is commonly believed.