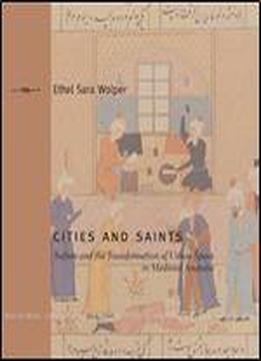 Cities And Saints: Sufism And The Transformation Of Urban Space In Medieval Anatolia
by Ethel Sara Wolper / 2003 / English / PDF

In recent years, Sufism has become all but synonymous with the mystic poetry of Jalal al-Din Rumi (d. 1273) and the ritual "whirling" of dervishes from Turkey. This branch of Islam does, however, have a long, complex history, and spiritual retreat was only one aspect of its significance. In medieval Anatolia, Cities and Saints contends, Sufis made alliances that gave dervish lodges powers so vast that they were able to alter the layout of cities and serve as the means of forging new social bonds. Through close examination of the design and function of medieval Sufi buildings in several Anatolian cities, Ethel Sara Wolper shows that dervish lodges became sites where a new ruling elite promoted the cult of Sufi saints. Wolper's discussion, enriched by the use of a wide range of primary sources, goes on to chart the role Sufis and their patrons played in the establishment of a new urban order anchored in dervish lodges built near city gates, markets, and along major thoroughfares. Highly original, Cities and Saints unites architectural history with the study of urban space and the spread of Islam. It will be an important reference for students of community formation in the Middle East as well as historians of art, architecture, and religion.